Day two seen us fall to 0-3  but what an experience for Dean & Karen. 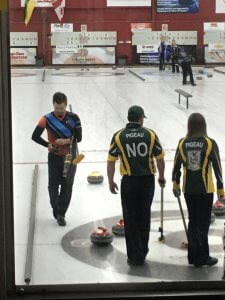 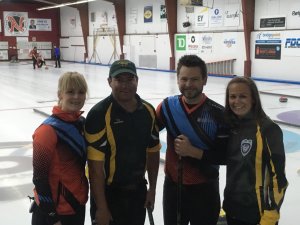 The local paper then did a great interview including some great comments from curling legend Jeff Stoughton!  Along with the story online a 52 second video interview!  To quote part of the article and Jeff’s comments:

“That kind of interaction — club curlers mixing it up with established pros — isn’t a bad thing, says Jeff Stoughton, who managed Curling Canada’s mixed doubles program. “They won their province to come here. It’s not like they didn’t deserve this shot,” said Stoughton, who is working to grow the hybrid sport, which will be in the next Olympics, but has been slow to catch on in Canada.  “It must be the thrill of a lifetime for them, and that’s what it’s about — you still want to have that ability to grow the game at a provincial level. That’s where you’re going to get your numbers.” 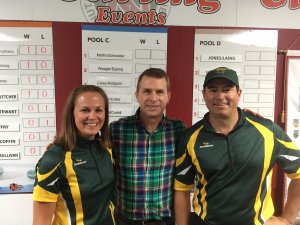 Check out this link for the full story & video, doing us proud “Karen & Dean!”